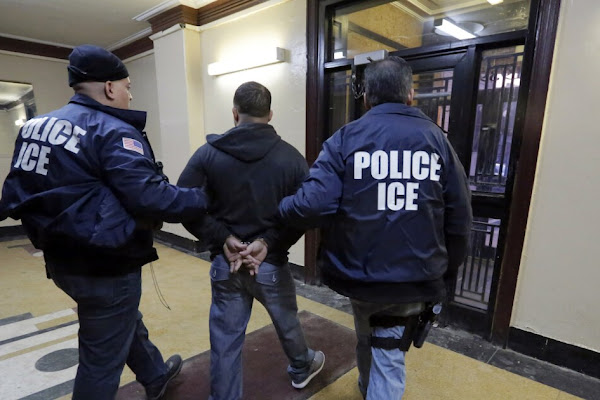 The fines for the first offense of hiring illegal aliens is $200 – $2,5000 per illegal employee. This bust should get the attention of companies that knowingly hire illegals.

Immigration and Customs Enforcement arrested 280 employees at a technology repair company in Collin County, Texas, on charges of working in the United States illegally. It’s the largest work site raid in the country in more than a decade, according to a Homeland Security Investigations official.

Hiring irregularities found during an audit of the company’s I-9 forms confirmed those tips. CVE hasn’t responded to media requests for comment.

“They ensure U.S. citizens and legal U.S. residents are hired for jobs in the U.S.,” Berger said. “They also ensure that illegal workers are not preyed upon or paid less than the going wage or otherwise coerced or cheated or subjected to unsafe working conditions without any means of complaint.”