Kellyanne Conway: Adam Schiff ‘Ought To Resign Today’ For ‘Peddling A Lie’ About Trump And Russia 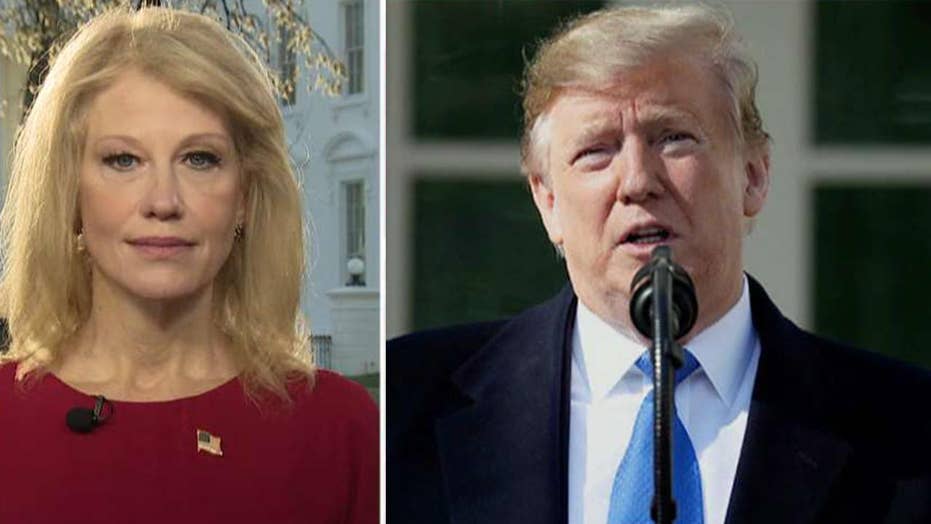 There should be consequences for legislators who use their high office to continuously slander and spread lies about someone.

House Intelligence Committee Chairman Adam Schiff “ought to resign today” for “peddling a lie, day after day after day, unchallenged and not under oath” that the Trump campaign colluded with Russia in the 2016 presidential election, White House adviser Kellyanne Conway said.

Conway ripped the California Democrat and longtime critic of the president on ‘Fox & Friends’ Monday following the release of a letter from Attorney General Bill Barr stating that Special Counsel Robert Mueller “did not find that the Trump campaign or anyone associated with it conspired or coordinated with Russia.”

“He ought to resign today,” Conway said about Schiff. “He’s been on every TV show 50 times a day for practically the last two years, promising Americans that this president would either be impeached or indicted.”

“Adam Schiff should resign. He has no right as somebody who has been peddling a lie, day after day after day, unchallenged and not under oath,” she added. “Somebody should have put him under oath and said ‘you have evidence, where is it’?