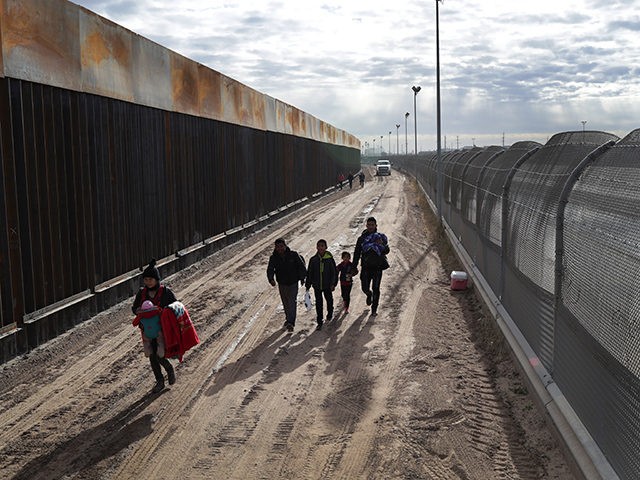 90% of that number are in the U.S. because of their fraudulent claims of being refugees. Change the laws and build the wall.

The Department of Homeland Security released 84,500 foreign family members into the United States since December after they crossed through the U.S.-Mexico border, Breitbart News has confirmed.

In newly confirmed federal data from the Immigration and Customs Enforcement (ICE) agency, Breitbart News has learned the massive scale and scope of DHS’s ramped up Catch and Release policy.

For months, DHS officials have said privately that the Catch and Release program has been taken to new heights, while ICE union officials declared this week that the program was in “overdrive” under the direction of DHS Secretary Kirstjen Nielsen.

Between December 21, 2018 and March 5, DHS has released a total of 84,500 border crossers and illegal aliens into the U.S. This release process often entails federal immigration officials busing border crossers into nearby border cities and dropping them off with the promise that they will show up for their immigration and asylum hearings, sometimes years later.

The overwhelming majority of illegal aliens — of which there are already 11 million to 22 million living in the U.S. — are never deported.