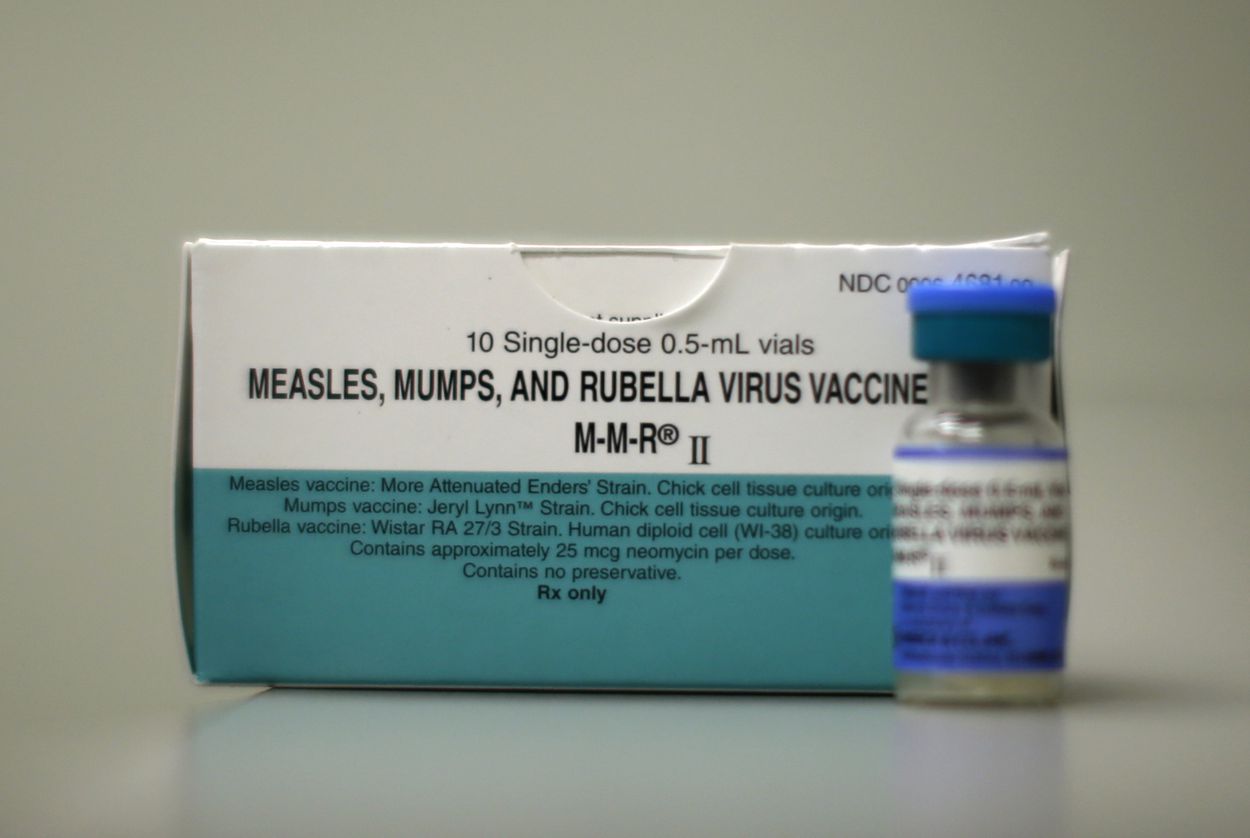 Nearly 200 people have contracted mumps at detention facilities across Texas since October, according to a state health agency.

The Texas Department of State Health Services says 186 people, including immigrants and detention facility employees, had confirmed cases of mumps.

Lara Anton, a spokeswoman for the Department of State Health Services, said in an email that patients range in age from 13-66 and that “there has been no reported transmission to the community.”

She added that the state doesn’t know the vaccination status of detained migrant adults or the children who entered the U.S. with them but that “all unaccompanied minors are vaccinated when they are detained.”

There were 191 cases of mumps reported in Texas in 2016, the most cases in 22 years. But due to high vaccination rates in the state, the incidence of mumps is generally low here, according to the Department of State Health Services’ website. Among Texas children, 90.3 percent were vaccinated for mumps in 2017, according to the National Immunization Survey.

The Centers for Disease Control and Prevention recommends children get two doses of the mumps vaccine before they’re 6 years old. The agency also encourages teens and adults to be up to date on their mumps vaccinations. The vaccine has an 88 percent effective rate when people have the recommended two doses.

Symptoms of mumps include fever, headache, muscle aches, fatigue and loss of appetite, followed by swollen salivary glands, according to the Centers for Disease Control and Prevention. The agency website notes that outbreaks commonly occur among people in “prolonged, close contact.”

Detention centers are required to report illnesses that occur among immigrants and employees, including mumps, measles, chicken pox, HIV, tetanus, hepatitis and tuberculosis.

Detained migrants receive medical, dental and mental health intake screenings within 12 hours of their arrival to centers, in keeping with U.S. Immigration and Customs Enforcement standards. If they have urgent medical or mental health needs, they receive priority screening.

But in the case of mumps, someone who has been exposed might not show symptoms right away, said Dr. Hector Gonzalez, director of health at the City of Laredo Health Department. Symptoms can occur within 25 days of being exposed to someone who has mumps.

Gonzalez’s agency recently investigated five cases of mumps at the local immigration detention center. His department waited to see if more people in the facility would develop mumps but hasn’t seen new cases.