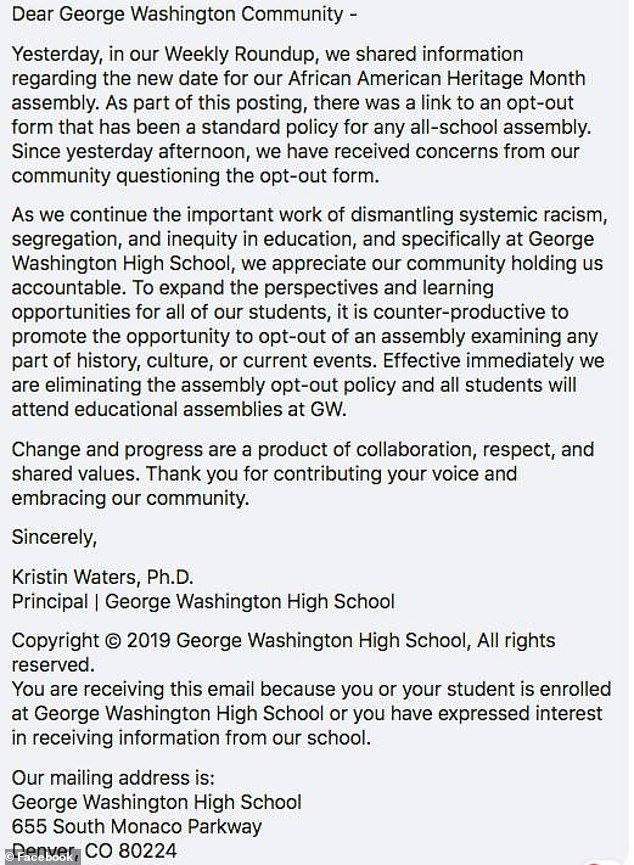 A Denver high school has come under fire for giving parents an ‘opt-out’ form that allowed their children to skip a Black History Month assembly.

George Washington High School in Denver sent out an email on Tuesday saying that the school would host an African-American Heritage Month assembly in March and attached a form that would allow parents to exclude their kids from the event.

But the school faced major backlash from the community and outraged parents, leading the school principal to retract the opt-out offer the following day.

It’s not clear if any parents actually pulled their kids from attending the assembly.

Angry phone calls poured in to the school and to the Denver Public Schools district office saying that they were disappointed that an assembly on black heritage was allowed to be skipped, according to the Denver Post.