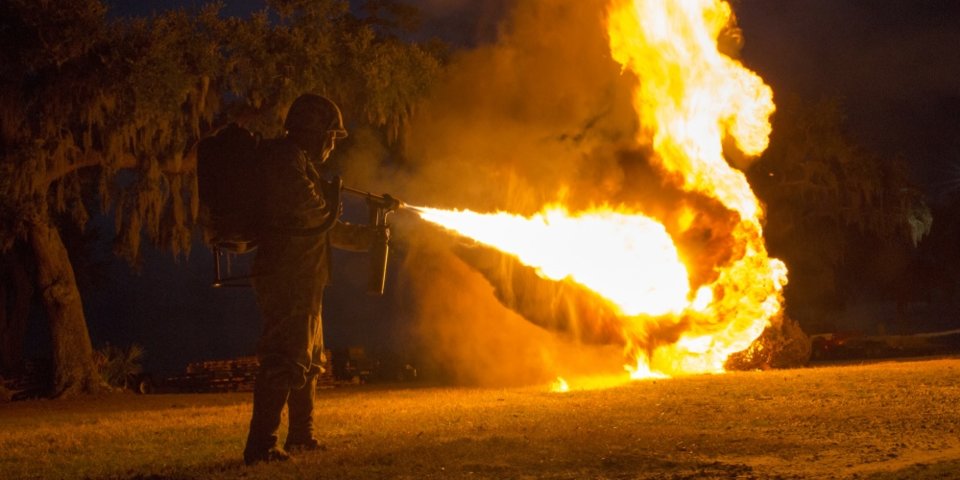 Next year sell tickets for a chance to operate a flamethrower.

Leave it to the Marines to turn a annual fire safety demonstration into a fun-filled flamethrower festival.

The Marines then added a flamethrower, excitedly pulling a World War II-era weapon out of the museum.

The M2, an iconic weapon for Marines storming islands in the Pacific during the World War II, “is the most successful and longest serving model of flamethrower ever produced,” he explained. It could effectively pour flame on targets 20-40 meters away.

The weapon used in the tree-scorching was only slightly modified for convenience and safety.

A handheld propane torch was added as the ignition source to ensure constant ignition, as the original igniters are old, temperamental, and ridiculously expensive. And the fuel is diesel, not napalm.