Democrat Presidential Candidate Elizabeth Warren: President Donald Trump “May Not Even Be A Free Person” By Next Year’s Election 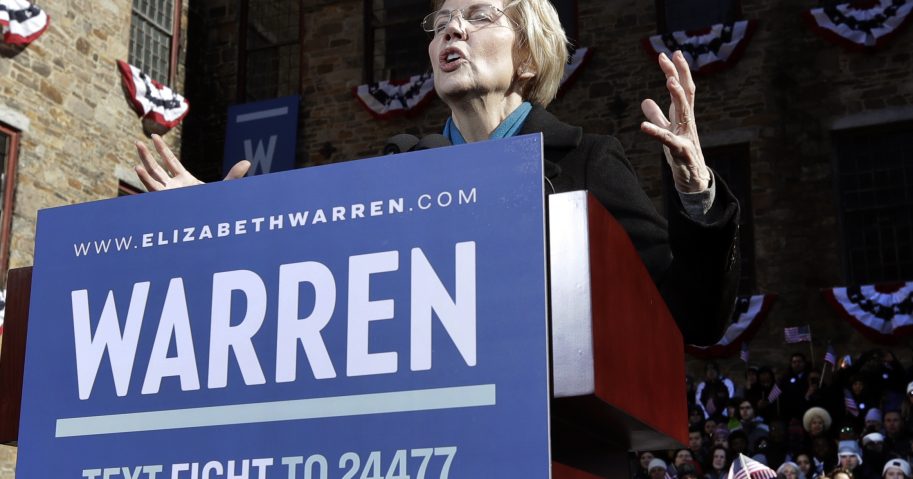 She smokes peace pipe too many times.

Back in Iowa as a full-fledged presidential candidate, Democrat Elizabeth Warren took aim at President Donald Trump on Sunday, saying he “may not even be a free person” by next year’s election.

The Massachusetts senator has largely avoided talking about Trump since she began testing the waters for a campaign more than a month ago. She’s been a frequent target of the president, who has criticized her past claims to Native American heritage, including in a tweet Saturday night.

During a campaign event in eastern Iowa, Warren said the 2020 campaign shouldn’t be dominated by Trump’s frequent attacks.

“Every day there is a racist tweet, a hateful tweet — something really dark and ugly,” she said. “What are we as candidates, as activists, as the press, going to do about it? We’re going to chase after those every day?”