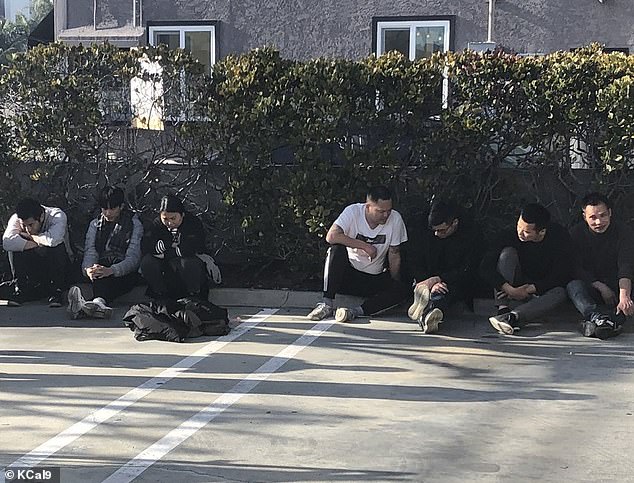 Two guesses who the human traffickers are.

The Huntington Fire Department rushed to met a makeshift boat that was holding at least 12 people after it came ashore on Monday afternoon at the Naval Weapons Station in Seal Beach, California.

Those individuals were revealed to be 10 Chinese nationals and two Mexican nationals.

One of the Mexicans is a known smuggler.

It is still unclear where the boat originated from before making landfall 100 miles north of the Mexican border and 35 miles south of Los Angeles.

The Huntington Fire Department announced about an hour after reporting to the scene that the Department of Homeland Security had taken over the case.

Video and photos posted by CBS Los Angeles show the men and women who arrived on the boat being treated by firefighters on the scene and then later placced in handcuffs.

A short while later they were taken away from the scene by local police before being place in federal custody.