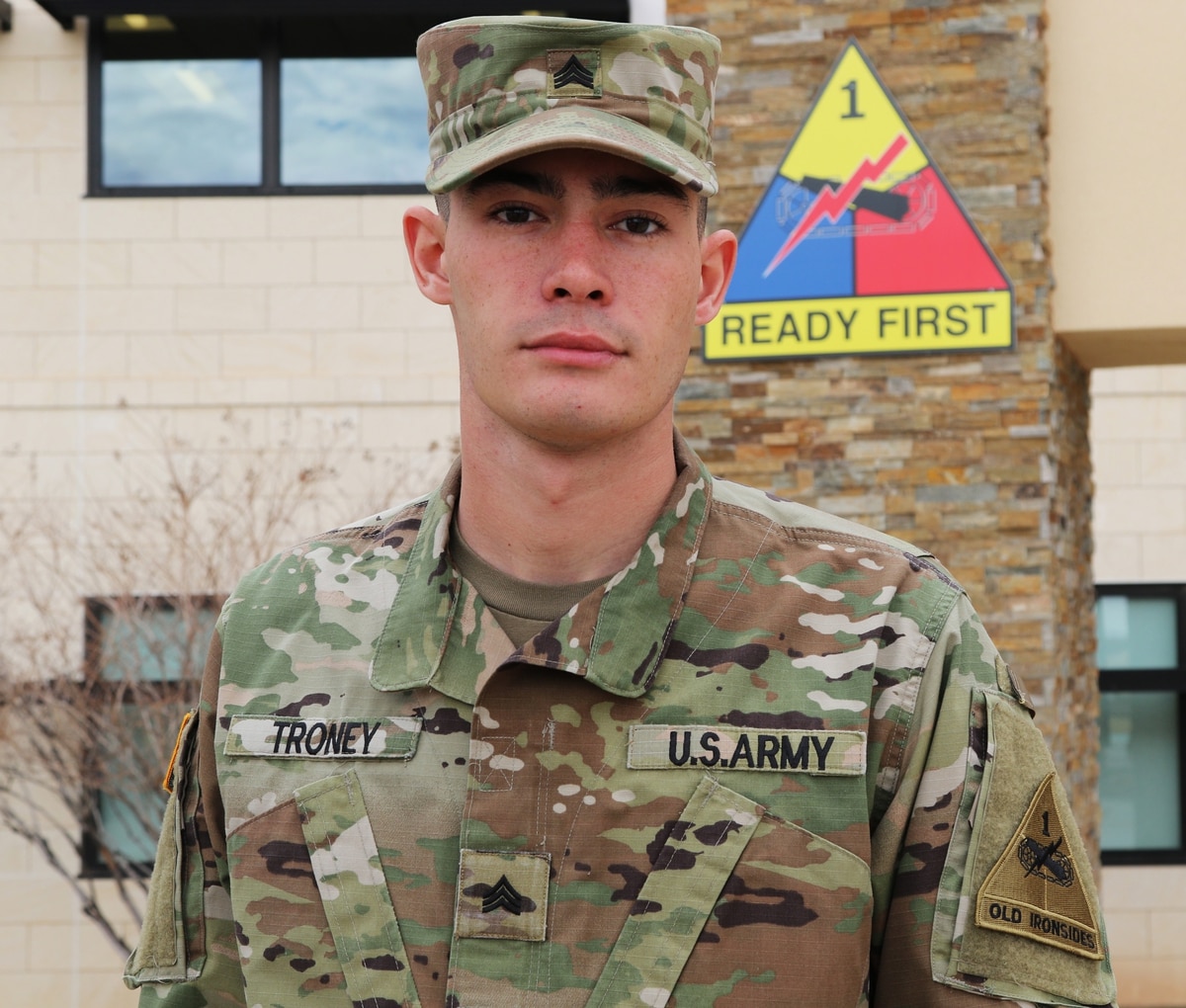 Sgt. Trey Troney was making his way home to Raleigh, Mississippi, from Fort Bliss, Texas, for a holiday break when he happened upon a crashed truck on the side of the highway in Sweetwater, according to a Wednesday release from the Army.

He found Jeff Udger slumped over the steering wheel, so with two other men who had also stopped to help, he pried the driver’s door open. Then the 20-year-old noncommissioned officer got to work.

“I was in a pair of jogging pants and a T-shirt on the side of a highway, and somebody’s life depended on me slightly knowing a little bit [about emergency medical care],” Troney said in the release. “It wasn’t anything crazy [that I knew], but to [Udger], it was his world.”

First things first, he pulled off his own “Salute to Service” New Orleans Saints hooded sweatshirt and wrapped it around Udger’s head, to stanch a bleeding wound.

Then Troney realized that Udger’s left lung had collapsed. Back in his Jeep, he had some first aid supplies left over from 1st Stryker Brigade Combat Team, 1st Armored Division’s recent rotation at the National Training Center at Fort Irwin, California.

But the chest decompression needle in his kit wasn’t long enough to reach Uger’s lung and give it a chance to refill with air. But he did have a ballpoint pen on hand, so he pulled off the ends and dumped out the ink tube.

“I took the [needle] and put it right in the hole and kind of wiggled [the pen] in with my hand in between the ribs, and you just started to see the bubbles come out of the tip, and I was like, ‘OK, we’re good,’” Troney said.

Just then, a state trooper arriving on the scene asked Troney if he’d just done what he thought he’d done.

“I was like, ‘I did,’” Troney said. “And [the state trooper] was like, ‘He’s on no pain meds,’ and I said, ‘Oh, he felt it, but he’s unconscious. He lost consciousness as I was running back to my Jeep because he had lost a lot of blood.’”