London Murders: 2018 Ends As Capital’s Bloodiest Year In A Decade 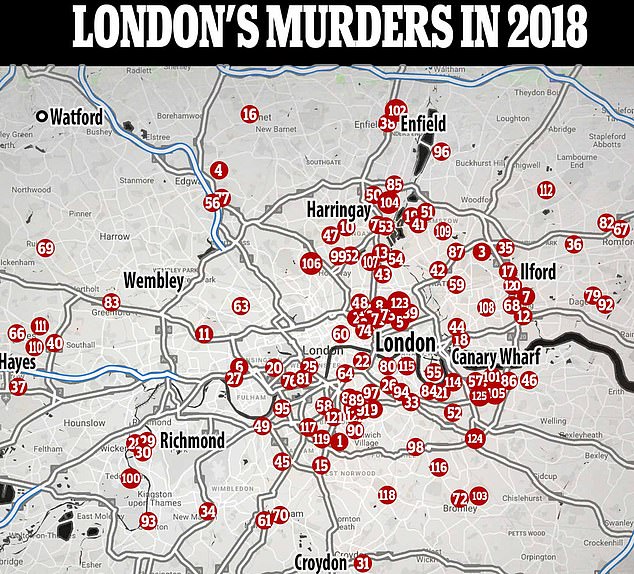 The gun and knife ban is working against law abiding citizens.

London’s bloodiest year in a decade will end tonight with more than 130 people murdered in the capital over the past 12 months.

Rising gun and knife crime has brought the total 2018 figure of homicides being investigated by Scotland Yard to 134 – the highest since 2008 when there were 154.

Police are battling against 180 violent gangs across London dragging children into crime, amid more than 70 deaths this year involving a knife, and a dozen with a gun.

Murders in London peaked in February when the rate rose past that of New York, with Scotland Yard looking at 15 suspicious deaths and the NYPD investigating 11.

he year of murders which was spread across the capital began on New Year’s Eve 2017, with four people stabbed to death either side of midnight.

And it concluded as 39 people were questioned on suspicion of attempted murder after a ‘minor argument’ in a shop ended in a man being chased down and stabbed in Hammersmith, West London, early this morning.

Although not confined to certain areas, the boroughs of Greenwich and Southwark registered the highest murder rate, with three people killed per 100,000 population.

The two bloodiest months, February and March, saw 16 and 21 people die – and the longest period without murder was just 16 days from September 25 until October 10.

According to Home Office figures, the number of police-recorded homicides in London, for both the Metropolitan and City of London forces, was 118 last year.