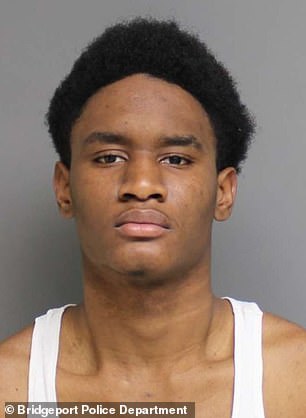 Police in Connecticut have arrested an 18-year-old undocumented immigrant from Jamaica on murder charges related to the shooting death of an innocent 12-year-old boy a week before Christmas.

Bridgeport Police Chief Armando Perez on Monday announced the charges against Tajay Chambers stemming from the December 18 death of Clinton Howell outside his family’s home on Willow Street.

Chambers has been charged with murder; murder with special circumstances; use of a firearm during the commission of a felony; illegal possession of a firearm without a permit; risk of injury to a child; reckless endangerment, and larceny.

Three juveniles who police said were with Chambers that night, ages 12, 14 and 16, are facing charges of conspiracy to commit murder; carrying a pistol or revolver without a permit and larceny.

According to police, at 9pm on December 18, Howell was returning home from getting snacks at a convenience store around the corner when Chambers opened fire, reported Fox61.

Investigators said Howell was an innocent bystander, not Chambers’ intended target, who was the victim’s older cousin.

CTpost.com reported, citing police sources, that earlier that evening, Chambers and his alleged co-conspirators were driving in a stolen car when they got into an argument with some people walking along Willow Street, among them Howell’s relative.

The 18-year-old drove off, then returned with a pistol and allegedly opened on the cousin, but instead struck Howell as he was standing on the front porch of his home.

The seventh-grader was struck by at least two rounds and collapsed in the doorway.