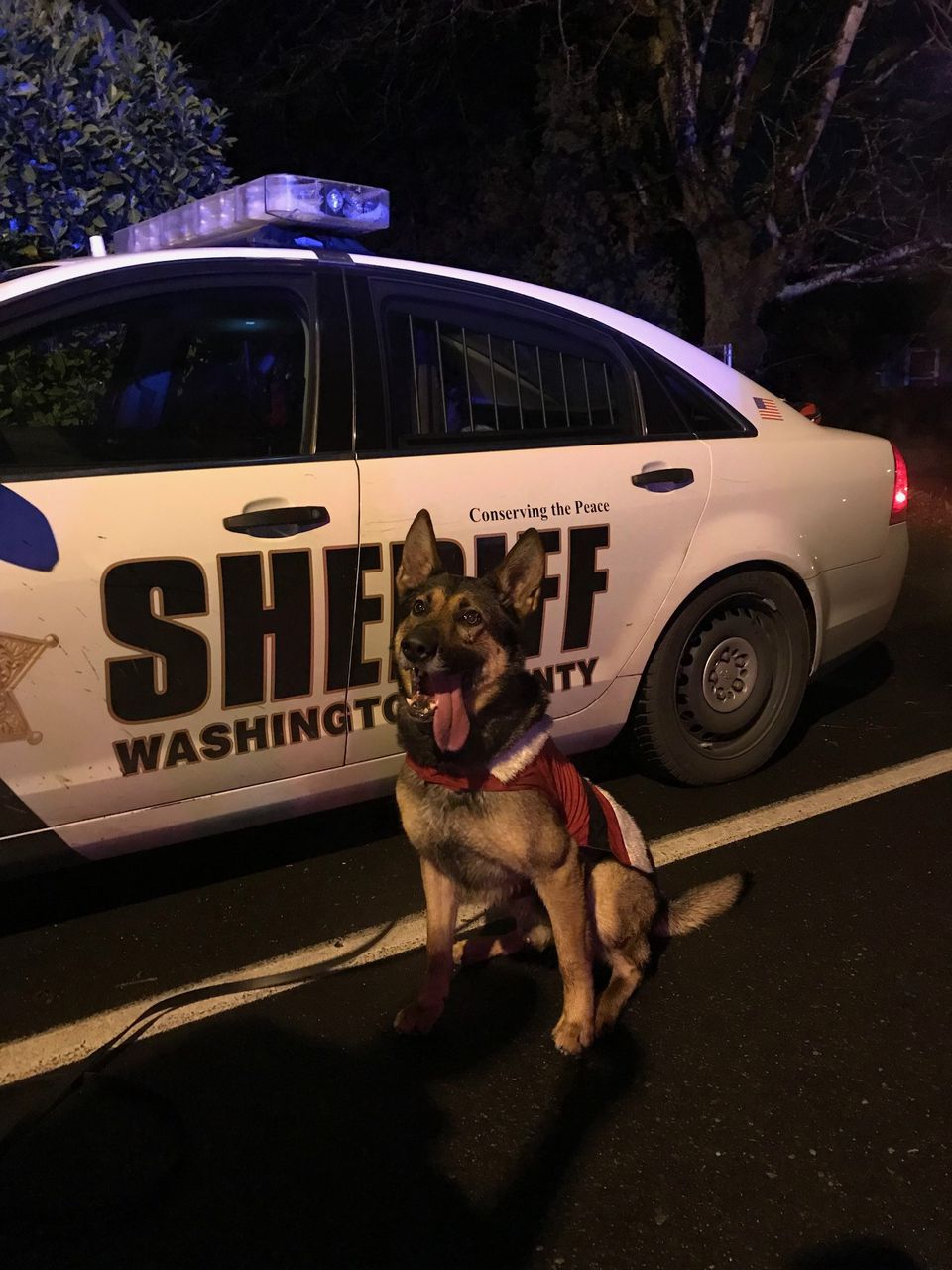 He knows if you’ve been bad or good.

A police dog nabbed suspects in three separate incidents during a recent shift, delivering some wanted gifts to his colleagues in the Washington County Sheriff’s Office.

“He wore it all night long,” said his partner Cpl. Micah Akin. “He loves Christmas.”

The costumed crusader — a half German Shepherd, half Belgian Malinois mix — kicked off the trio of busts by sniffing out a domestic violence suspect hiding under a pile of clothes in the bedroom of a home in the 16000 block of Southwest Hillary Place in Aloha, the sheriff’s office said.

Authorities booked a shirtless Michael Johnson, 39, on a host of charges, including robbery, strangulation and domestic assault.

A few hours later, the four-legged crimefighter was on the hunt for a man accused of smashing out a car window near Southwest Hall Boulevard and Hemlock Street in Metzger, according to authorities.

Around midnight he located Trevor Bates, 25, cowering inside a different car, said Deputy Jeff Talbot. Bates was jailed on counts of criminal mischief, felon in possession of a firearm and other suspected charges.

K-9 Stark finished a long night by tracking down a woman who bolted on foot from the 4200 block of Southwest Kennedy Street in Beaverton during a welfare check around 1:45 a.m., the sheriff’s office said.

The woman, 22-year-old Briawnna Raby of Portland, had an outstanding warrant and was also booked in the Washington County Jail, authorities said.