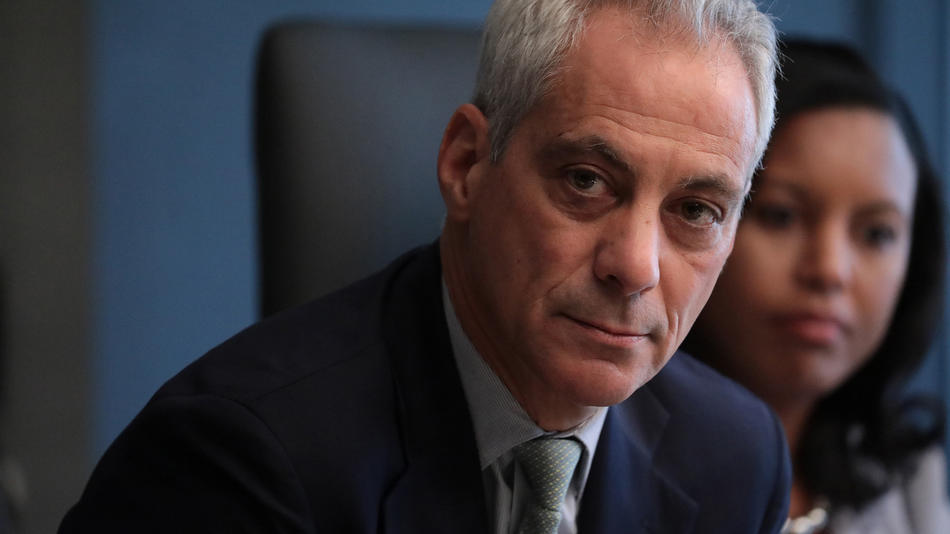 Break out the yellow vests.

Mayor Rahm Emanuel and a group of suburban leaders on Tuesday called for a 20 to 30 cent per gallon increase in the state’s gas tax to fund a major statewide transportation bill.

Emanuel spearheaded the push during a City Hall news conference in which he was joined by a handful of suburban mayors and regional planners. The mayor’s office also released a list of 26 suburban mayors and village presidents who supported the tax increase.

“We are facing a historic moment, and I stand with a group of bipartisan mayors on behalf of a new transportation bill that should happen in Springfield,” Emanuel said alongside the mayors of Park Forest, Hazel Crest, Oswego, Fox River Grove, Joliet, Batavia, Broadview and Ford Heights.

“Our state can’t wait any longer,” Emanuel continued. “Over the last four years, we’ve been stuck in neutral and the states in the surrounding area — Ohio, Indiana, Michigan, Iowa just to name a few — have passed transportation bills with gas tax increases.” The mayor noted all of the states were controlled by Republican governors and legislatures at the time of the tax increases.

Illinois last raised the gas tax from 16 cents per gallon to 19 cents in 1990. Emanuel said raising the tax by 20 cents would be about the equivalent to inflation over the past 28 years. He said the group of mayors settled on a range of 20 cents to 30 cents to serve as a guideline for state lawmakers when they take up debate on the issue next year.

“For over a century, this region has been America’s crossroads for roads, rails and runways. The truth is it is a fundamental economic strength for the region and a job creator for the region,” Emanuel said. “And over the last 28 years, we have not been investing in that strength and it is beginning to show the wear and tear. Chicago and the greater Chicago metro area is losing some of the jobs and economic opportunity that would come if you had a 21st century transportation system to back up a 21st century economy.”