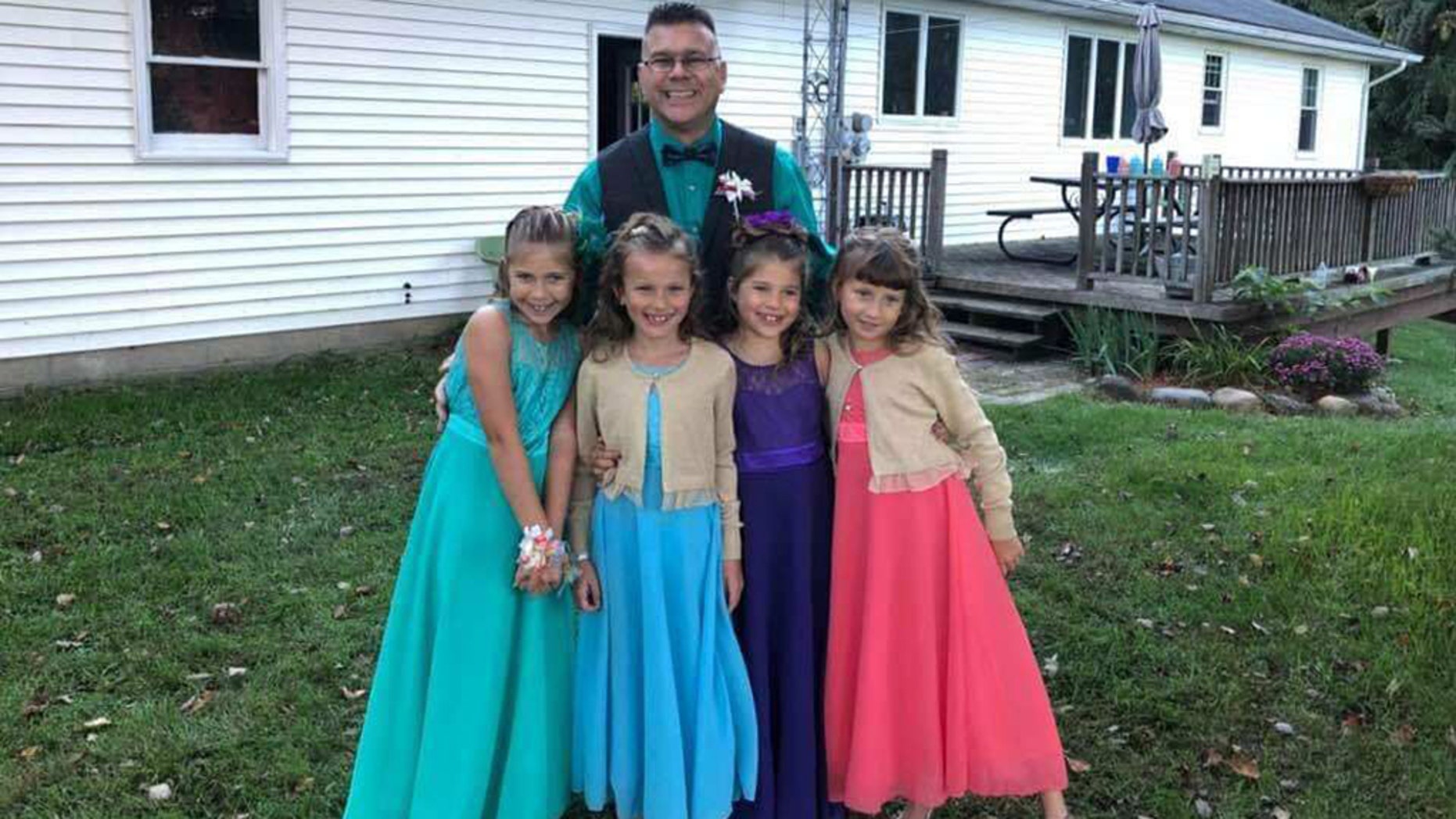 One Michigan elementary school teacher went above and beyond when he took two former students to their school’s annual father-daughter dance — just weeks after the youngsters unexpectedly lost their father.

On Oct. 13, Steve Culbert took Avery and Alivia Reece to Hanh Intermediate School’s annual dance in Davison, with a little help from his own daughters, Hailey and Aliyah, who are friends and classmates of the sisters, Yahoo Lifestyle reports.

Not even a month before, on Sept. 19, Avery and Alivia’s father, Luke Reece, passed away at age 32. Luke was hospitalized on Aug. 27 to diagnose a sudden “shortness of breath” and other unusual symptoms, when doctors found he had a Protein C deficiency that caused multiple blood clots in his body, including in his lungs and legs, MLive.com reports. The news came as a serious shock.

“It is still like…I can’t believe it. This is not supposed to have happened,” his wife Shelley Reece told the outlet of the tragic loss of her husband.

Luke enjoyed yard work, gardening, playing baseball and golfing, Shelley said, and he loved their daughters most of all. A proud “gymnastics dad,” he also took Avery and Alivia to the father-daughter dance in the last four years.

Steve, who became friends with the Reece family as he previously had both Avery and Alivia in his second grade classes, was inspired to step up during the family’s time of need.

“I’m a teacher because I knew where I need to be and knew what I wanted to do finally,” he told MLive.com. “I love my students and from day one, I tell my students they are family … You can’t just say it, you have to live it.”

Steve also felt a special empathy for Avery and Alivia, as he lost his older brother, who was 14, to cancer in 1984.

“I know what it’s like to hurt as a kid,” Steve told Yahoo. “Seeing my brother go through what he went through at that age — he was the strongest person I’ve ever known.”