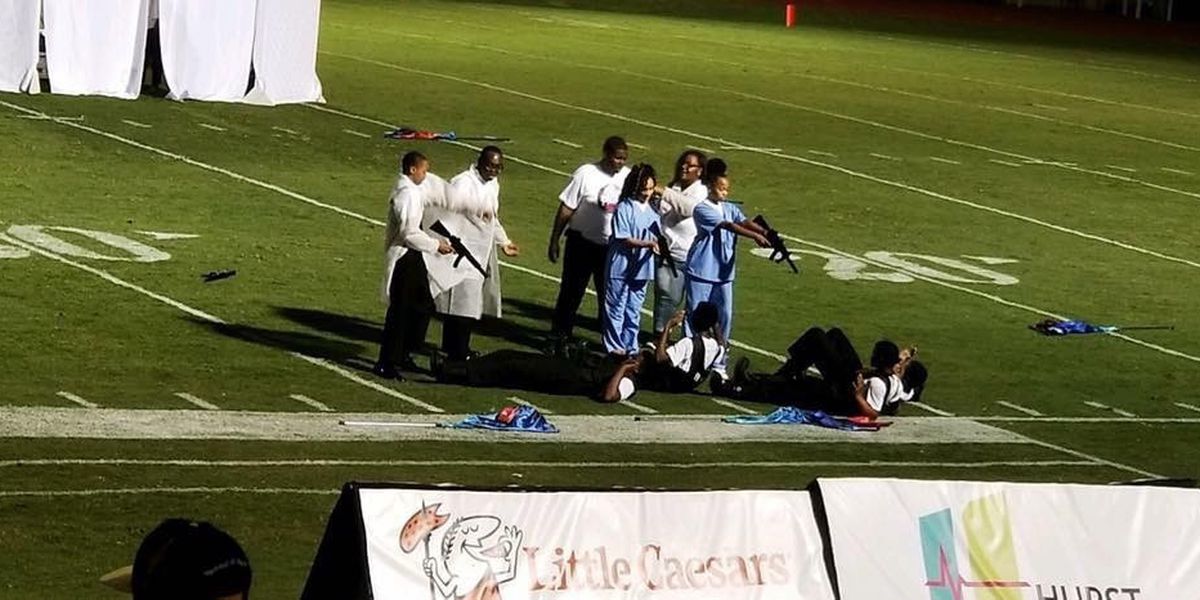 Social justice starting to bite them on the backside.

Pictures of the Forest Hill High School halftime band performance during their game against Brookhaven High School are going viral on social media.

Many are saying the performance depicted students dressed as doctors and nurses holding SWAT team members at gunpoint.

Two Brookhaven police officers were killed in the line of duty responding to a shots fired call last week.

One of the Facebook posts has been shared over 900 times.

“On behalf of the Jackson Public School (JPS) District, I want to offer my deep and sincere apologies for the performance by the Forest Hill High School band during Friday’s football half-time show in Brookhaven. Based loosely on the movie, “John Q,” the band’s performance depicted a hostage scene that included toy guns.

JPS has a great deal of respect and appreciation for our law enforcement partners. The band’s performance does not depict the values and people in our community, and was incredibly insensitive to the students, families, law enforcement officials and the entire Brookhaven community. For this we sincerely apologize to all, and we pledge to do better in the future.

We have taken some initial actions in response to this matter, and you have my commitment that we will investigate it fully and take additional appropriate action with respect to procedures and personnel.”

Brookhaven Mayor Joe Cox said he has since spoke with the Mayor of Jackson, who informed him that the Forest Hill band director has been placed on administrative leave pending the investigation. He added that the mayor apologized to him personally for the halftime show.