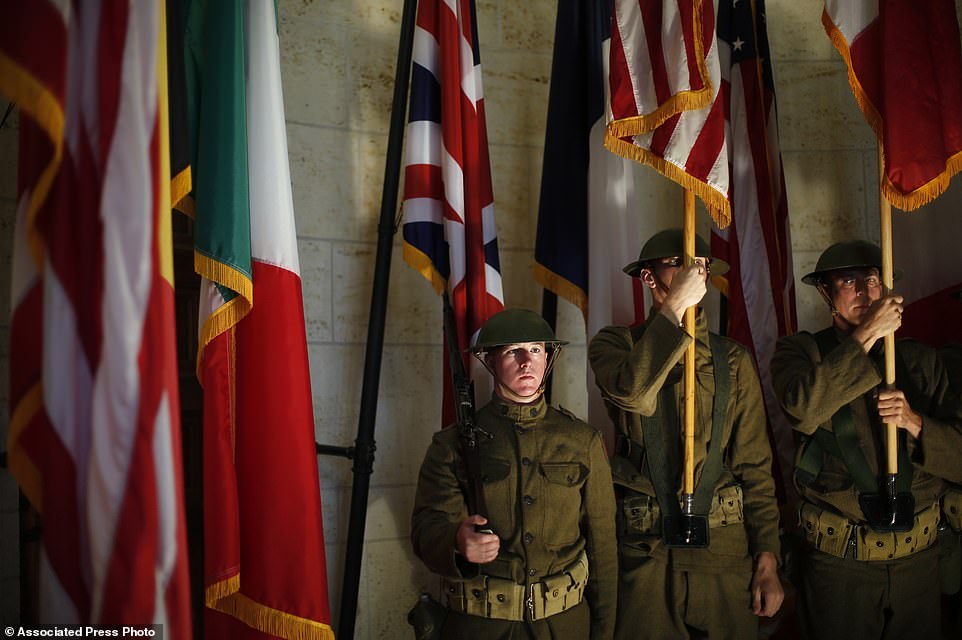 Officials, descendants of soldiers and visitors braved strong winds and rain to attend a remembrance ceremony on Sunday afternoon in the Meuse-Argonne cemetery, which is surrounded by green fields and forests in Romagne-sous-Montfaucon, a village in northeastern France.

The Meuse-Argonne offensive of 1918 was America’s deadliest battle ever, with 26,000 U.S. soldiers killed, tens of thousands wounded and more ammunition fired than in the whole of the Civil War. It was also a great American victory that helped bringing an end to World War 1.

All day, volunteers read the soldiers’ names aloud, to honor those who sacrificed their lives. Covering 52 hectares (130 acres), Meuse-Argonne is the largest American cemetery in Europe.

Organizers were forced to cancel the planned lighting of 14,000 candles because of the bad weather.

‘The weather’s a little dreary, but that’s the way it was 100 years ago for the battle. So we’re kind of getting a view of what they did, what they fought in and the conditions they had to endure,’ he said.

His grandfather earned the Medal of Honor for his efforts during the Meuse-Argonne battle. Sgt. York led an attack on a German machine gun nest, killing at least 25 enemy soldiers, and capturing 132 Germans.

‘It was the first real modern warfare that the U.S. was in. Machine guns, airplanes, tanks, mustard gas that killed many,’ York said.