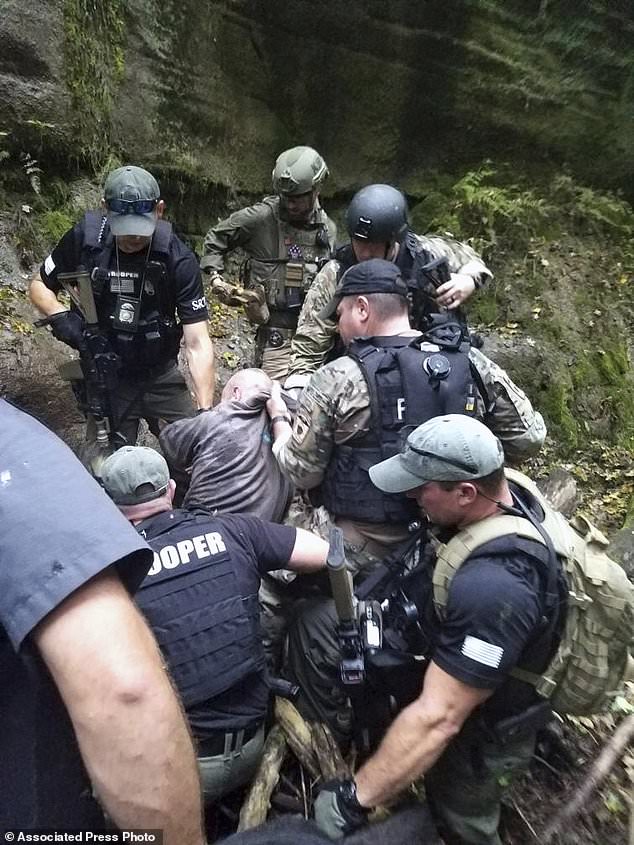 He didn’t go out in a blaze of glory.

The Pennsylvania man accused of threatening President Donald Trump and law enforcement officials has been arrested in Ohio.

Shawn Richard Christy was taken into custody at 4.45pm Friday in Mifflin Township, near Columbus, by US Marshals Service and task force members from Ohio and Pennsylvania.

A federal warrant was issued June 19 for the 27-year-old McAdoo man in connection to Facebook posts threatening to shoot Trump and a district attorney in Pennsylvania.

Facebook threats against Northampton County’s district attorney, allegedly said: ‘I promise I’ll put a bullet in your head as soon as I put one in the head of President Donald J Trump.’ […]

Law enforcement had searched for him for more than two months, claiming he had threatened to use ‘full lethal force on any law enforcement officer that tries to detain me’.

Christy’s parents said Thursday that he had sent a Facebook message to them saying he ‘was slowed down a bit’ after he may have broken his knee during a Maryland ‘getaway’.

The message ended: ‘Stay safe, I have a mission to complete.’