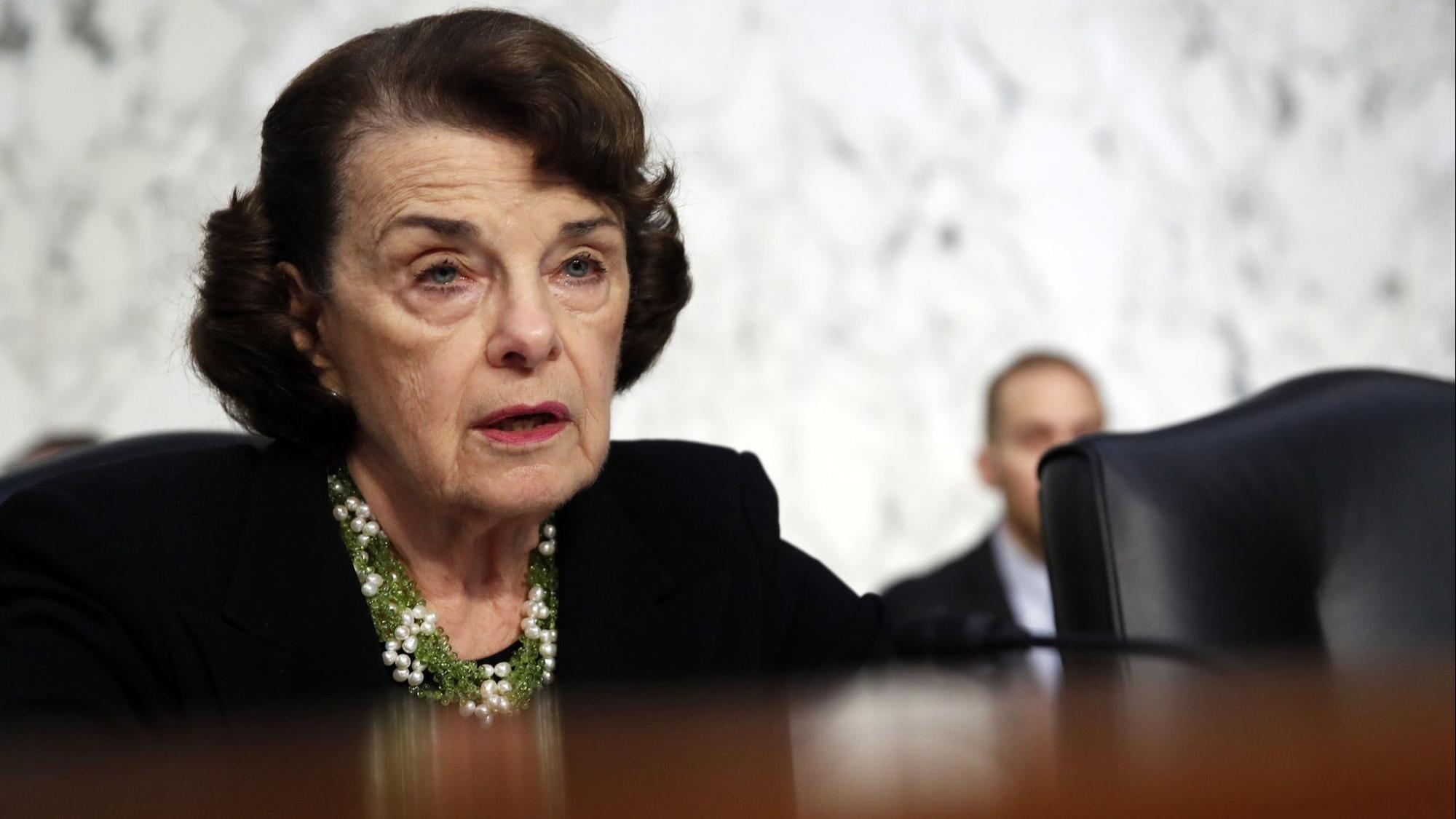 DiFi has triggered the LA Times.

There are very few things I’m sure of in the latest, and worst, chapter in the Brett Kavanaugh confirmation saga.

It’s like a “Choose Your Own Adventure” book where every chapter ends with a thud at the bottom of an old well or the clanking shut of a dungeon door.

What if Christine Blasey Ford is telling the truth that, 35 years ago, a drunken 17-year-old Brett Kavanaugh pushed her down on a bed and covered her mouth in an attempt to sexually assault her?

For starters, she’ll never get justice. This will never see a court of law. There’s no way to prove it happened, not least because she cannot provide a time or place where the event allegedly occurred. The most Ford might get is vengeance by thwarting Kavanaugh’s dream of getting on the Supreme Court and destroying his reputation.

But what if her claim is only subjectively true? What if she felt like Kavanaugh intended her terrible harm, but he had no such intent, simply thinking he was being funny, flirtatious, manly or some other dumb idea drunk 17-year-old jocks sometimes have?

And what if the truth is somewhere in the middle? Do the actions, as described, tell us an enormous amount about the husband, father and judge of the last 35 years? The man has been through six background checks. No one has ever unearthed similar incidents, never mind a pattern of them. If anything, the well-documented patterns of his life and career suggest that the Kavanaugh of Ford’s memory is not the Kavanaugh he became — or perhaps ever was.

For the last decade or so, there’s been a growing argument for going much easier on young men who run afoul of the law because our brains aren’t fully developed until our mid-20s. Would it be fair to let this one event, if remotely true, eclipse everything else?

On the other hand, if Kavanaugh is lying when he denies all this, that would be bad, too.

Moreover, no one is talking about prosecuting Kavanaugh. He has no entitlement to a seat on the highest court in the land. If he did what Ford claims he did, not being a Supreme Court justice is a pretty light sentence.

What if Ford isn’t telling the truth? If it’s a deliberate lie, the answer is easy: This is one of the worst acts of character assassination and sewer politics in modern American history, and anyone involved should be held to account by the law and voters alike. All one need do is look under the rock of social media to see countless people insisting that Kavanaugh is a proven rapist or attempted rapist. If he’s innocent, that is horrific.[…]

The only thing I am sure of now is that Sen. Dianne Feinstein has behaved outrageously. Because no matter what you choose to believe, she waited too long to reveal the accusation.

Feinstein knew about these allegations in July. She made no attempt to ask Kavanaugh about them, even in closed session. If she believed the allegations were true or credible, she should have acted on them. If she didn’t — as has been reported — going public as a desperate ploy to derail or delay his confirmation is an act of grotesque cynicism, particularly when she had no idea whether Kavanaugh’s accuser would come forward.

Feinstein’s gambit may pay off. Republicans are understandably wary of cross-examining an alleged victim of sexual assault, particularly ahead of the midterms, given that the GOP is bleeding support among moderate female voters.

But the conservative base also remembers the slander of Judge Robert Bork and has no appetite to surrender to such tactics ever again. If the White House or Senate Republicans do surrender, the populist rage from the right will be terrifying.

So congratulations, Sen. Feinstein, you’ve done the unimaginable: You’ve made our politics even uglier.