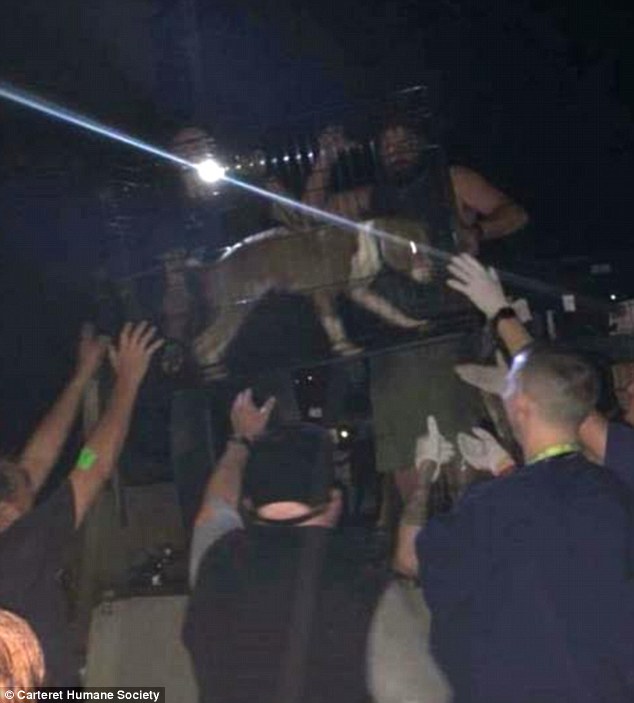 Hundreds of dogs and cats have been rescued from an animal shelter that was about to collapse during Hurricane Florence.

The Carteret County Humane Society in New Port, 15 miles from the North Carolina coast, flooded and its roof threatened to collapse on Friday during the catastrophic storm.

The staff and animals were rescued around 8pm with help from the Cajun Navy.

More than 100 cats and dogs were rescued in trucks and taken to a temporary shelter at the North Carolina State Fairgrounds in Raleigh.

Dr Ferris has been part of disaster response for animal rescue during Hurricanes Katrina and Harvey.

‘We have a few dogs that have come in from other flooded areas that are going to go into a holding place for the long term, giving their owners a chance to reclaim them at some point in the next month.’

The pets were being given medical exams and walked and fed by volunteers.