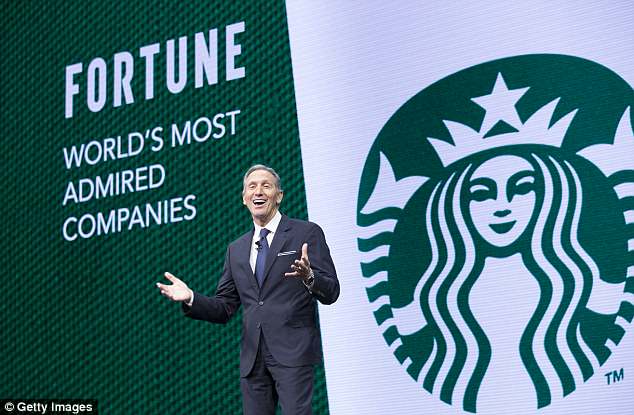 He can’t even take a stand on bathrooms.

Howard Schultz announced Monday that he will no longer serve as the executive chairman of Starbucks.

A memo sent out to employees of the coffee chain confirmed Shultz will leave his position on June 26.

The announcement comes just days after the closure of 8,000 stores for anti-racism training.

Shultz said in the memo: ‘I’ll be thinking about a range of options for myself, from philanthropy to public service, but I’m a long way from knowing what the future holds.’

Following his resignation, Starbucks said Myron E. Ullman will take over the position of executive chairman.

In another twist, Schultz, 64, said he is considering the possibility of a 2020 presidential election run.

While speaking with The New York Times this week, he said: ‘I want to be truthful with you without creating more speculative headlines.

‘For some time now, I have been deeply concerned about our country – the growing division at home and our standing in the world.’