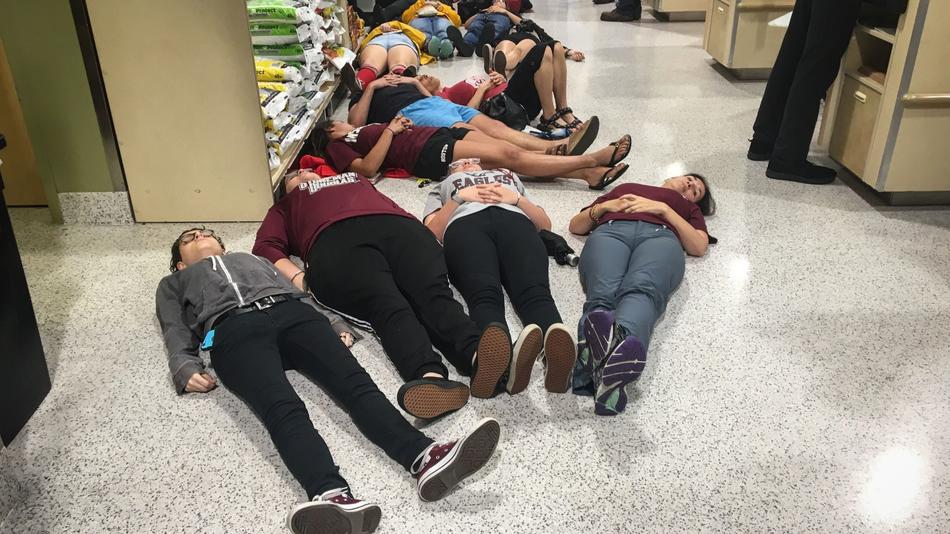 Publix can join Yeti Coolers. Update to this story.

Minutes before scores of students and others lay down in protest at various Publix stores, the supermarket chain announced it was suspending future political contributions.

The company issued a statement Friday saying: “At Publix, we respect the students and members of the community who have chosen to express their voices on these issues.” It said it had decided to “suspend corporate-funded political contributions as we reevaluate our giving process.”

David Hogg, who organized the “die-in,” said he wants to learn more about the suspended political donations before pronouncing it progress.

“Whatever happens the young people will win,” he said

The protests were held 100 days after the massacre at Marjory Stoneman Douglas High School and centered on the chain’s donations to gubernatorial candidate Adam Putnam, a self-proclaimed “proud#NRASellout.”

He and other demonstrators were met by counter-protesters, including a number of President Donald Trump supporters, shouting, “Trump! Trump! Trump!” and “NRA! NRA! NRA!”

Hogg’s mother, who participated in the die-in, said people were stepping over her to get to their fruit.