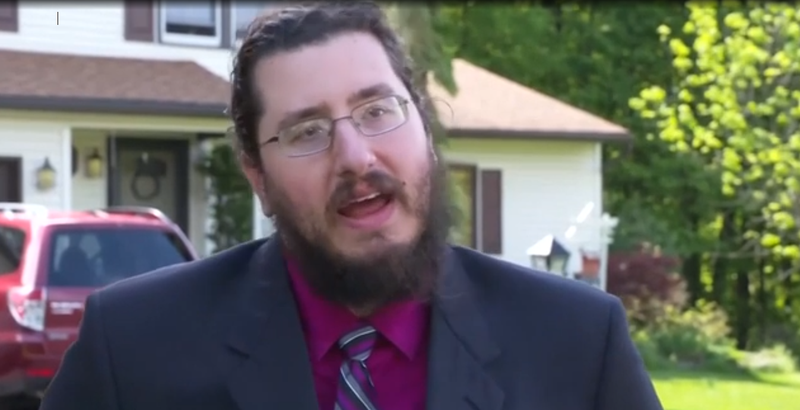 He won’t make it a full 8 hours. Update to this story.

A 30-year-old New York man who’s being evicted from his parents’ home may finally have some luck coming his way. After hearing about Michael Rotondo’s personal woes, one national pizza chain decided to offer him a job.

After months of ignoring eviction notices and offers of cash, Rotondo was ordered by a state judge on Tuesday to move out of his parents’ house in upstate New York. He has to leave by June 1, according to a court filing reviewed by CBS News.

Part of the reason Rotondo says he hasn’t left for a new place is because he’s jobless. But Andrew Steinberg, chief operating officer of the quick-service pizza chain Villa Italian Kitchen, wants to take a chance on him because he knows millennials have it “tough out there.”

“At Villa, we feel for millennials, across the board,” Steinberg said. “With that said…Michael, hey dude. We are offering you a store-level gig, complete with extensive training to get you up to speed, at any one of our 250 locations worldwide.”

Steinberg’s offer also comes with a “signing bonus” of sorts as an extra incentive.

“We heard your parents offered you $1,100 to get out. We’ll do you one better. Literally, one. Offer from us is on the table for $1,101 to come join our team. Consider it a signing bonus. We gotchu, bud.”